INDUSTRIAL COURT DEFINES WHAT AMOUNTS TO A FAIR HEARING IN EMPLOYMENT DISCIPLINARY PROCEEDINGS. 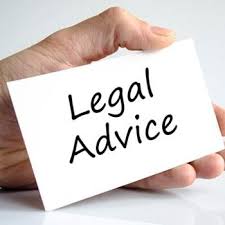 The Industrial Court in Kampala, in the case of Grace T. Makoko -vs- Standard Chartered Bank (U) Labour Dispute Reference No. 315 of 2015, has defined what amounts to a fair hearing in employment disciplinary proceedings. The Court reaffirmed the non-derogable status of this right.

In that case, the employee’s contract was terminated without a hearing and before a formal assessment of the disciplinary issue. However, her termination was preceded by discussions between her and her line manager but no formal disciplinary hearing was conducted as per the Bank’s Human resource policy. The Claimant alleged she was forced to undertake a performance improvement plan.

In its decision, the Industrial Court noted that an administrative procedure such as a disciplinary hearing need not conform strictly to the standards of a Court of Law. Employers need only apply the minimum standards of natural justice as per Article 28 of the Ugandan Constitution. Accordingly,

The above Court decision seemed to have moved away from its earlier decision in the case of *Donna Kamuli –vs- DFCU CA No. 121 of 2016 where in that case, e-mail correspondences amounted to a fair hearing. Court distinguished the circumstances in both cases and justified that the e-mail correspondences between Donna Kamuli and her supervisors amounted to a fair hearing because there was a Moderation Committee which was involved in re-assessing her performance. And in so doing, this Committee considered the representations she made regarding her performance before she was terminated. This, however, was not the case in Grace Makoko -vs- Standard Chartered Bank, where there was a mere interaction between the Grace and her supervisor.