HomenewsAlerts & InsightsTHE BURDEN OF PROVING THAT A TAX DECISION BY Uganda Revenue Authority (URA) IS WRONG!

THE BURDEN OF PROVING THAT A TAX DECISION BY Uganda Revenue Authority (URA) IS WRONG! 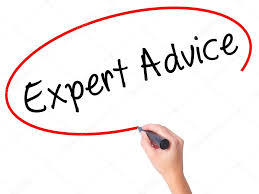 I have received several requests to expound on the tax minimisation scheme that formed the basis for the decision in East African Breweries Limited Vs Uganda Revenue Authority (see previous post), and why TAT dismissed the Application on the basis that the Applicant Taxpayer did not discharge the burden placed on it to prove that URA should not have made the decision they did, or that they ought to have made the decision differently. I will exercise prudence and not analyse the tax avoidance scheme. However, I will attempt to address the subject matter that has resulted in a number of TAT decisions being rendered against taxpayers for failure to discharge their burden of proof in tax matters. What must a taxpayer do to ensure they are best placed to discharge their burden of proof? The following discourse are excerpts from my book…Domestic and International Taxation in Uganda: The Law, Principles and Practice.

Let’s start with some basic #AlternativeFacts which are irrebuttable…Let it be known that in any controversy under the tax laws that involves resolution of tax matters, the taxpayer has the burden of proof at all stages of the dispute life cycle, from objection to review, and through to appeal. This means that any taxpayer who is aggrieved by a decision of URA must prove, on the balance of probabilities, that the decision or assessment is wrong or excessive. URA need not, at first instance, justify their action as long as it is based on their understanding of the law! To succeed in challenging URA actions, it is imperative for taxpayers to focus early in the dispute lifecycle, on capturing and retaining sufficient evidence to discharge their burden of proof and support their tax position. Do not challenge or object for the sake of it!

To begin with, there is a presumption under tax law, that an assessment issued or decision made by URA, however absurd, is correct; and this presumption will stand unless the aggrieved taxpayer comes forward with some competent evidence to rebut it. Accordingly, the burden of proof is on the taxpayer to rebut the presumption and make a prima facie case that the amount in the tax assessment is incorrect, or that the decision objected to should not have been made or should have been made differently. If some competent evidence is produced by the taxpayer, the presumption disappears and both parties are then in the same position as if there had been no presumptions to begin with. Once this initial hurdle is satisfied, the case must be decided upon the evidence presented, with the burden of persuasion still remaining with the taxpayer upon whom it fell to originally. This means that in the case of an assessment, unless the person objecting can prove that the assessment is wrong or excessive, the assessment stands irrespective of whether or not there are any facts that give prima facie support to the assessment. The presumption of validity remains until the taxpayer produces competent and relevant evidence to support their position. A prima facie case is made when a taxpayer can produce unchallenged and uncontradicted evidence that, unless rebutted, would prove their position.

Under the above circumstances, there is no obligation on the Commissioner to prove that a tax assessment or any decision for that matter, is correct. It is up to the taxpayer to prove their case by demonstrating to the Commissioner or the Tribunal (in the event of an appeal), on the balance of probabilities, that either the tax assessment is incorrect, or that a tax decision should not have been made, or that it should have been made differently. They must show that their position is more likely than not, to be the correct position. A taxpayer cannot merely allege that an assessment issued by URA is estimated, arbitrary or excessive. If a taxpayer does not have any specific information or records contradicting the estimated or amended assessment, such a taxpayer clearly will have failed to carry their burden of proof. A taxpayer’s failure to produce evidence that ought to be within their control gives rise to the presumption that such evidence, if at all available, is unfavourable to their case. However, where a taxpayer discharges their burden of proof, the burden shifts to the Commissioner to controvert it, if necessary.

It is always important to assess the full suite of evidence available to support a taxpayer’s position and the interplay between various forms of evidence. Documentary evidence, consisting mostly of primary business records maintained by the taxpayer, plays an important role in any tax dispute and can be helpful in discharging the burden of proof by evidencing facts in issue and in corroborating other sources of evidence. Moreover, internal documents, such as board minutes and email correspondence between key personnel, are also common forms of documentary evidence and can be helpful in discharging the burden of proof. Particularly in matters such as transfer pricing, where understanding the profile of a business is key, or anti-avoidance rules, where consideration of options or evaluation of plans are potentially relevant, this type of material can be key and it is important that evidence of the various iterations of the transaction, the commercial intent behind key decisions made and details regarding other options that were considered and dismissed, are captured contemporaneously in appropriate circumstances.

Finally, expert evidence plays an important role in the resolution of tax disputes. Commonly, expert evidence is relied on in areas of tax law that involve the valuation of assets, and economics in transfer pricing matters, accounting outcomes and matters involving re-characterization of transactions by URA. Expert evidence can be effective in establishing the steps a taxpayer may reasonably have undertaken if they hadn’t entered into the scheme.