HomenewsAlerts & InsightsTAX EXEMPTION FOR EDUCATIONAL INSTITUTIONS OF PUBLIC CHARACTER – THE CASE OF INTERNATIONAL SCHOOL OF UGANDA Vs URA; HC (CD) Civil Appeal No.3 OF 2018

TAX EXEMPTION FOR EDUCATIONAL INSTITUTIONS OF PUBLIC CHARACTER – THE CASE OF INTERNATIONAL SCHOOL OF UGANDA Vs URA; HC (CD) Civil Appeal No.3 OF 2018 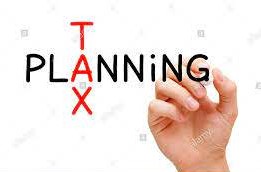 The tax law exempts the incomes of any company, institution or irrevocable trust which is an educational institution of a public character provided  none of the income or assets of the entity confers, or may confer, a private benefit on any person; and provided entity’s business income is related to the function constituting the basis for the its existence. A recent ruling of the High Court has overturned the decision of TAT in  International School of Uganda (LINCOLN) Vs CG URA, and held that the taxpayer, in its capacity as a private educational institution, is engaged in educational business and derives income (or profit, if you like) from it; but that the Income Tax Act has exempted that income from tax on the basis of the following tests:

In the suit, the taxpayer contended that it qualified for exempt organisation status since it engaged solely in educational activities of a public character since it was open to all members of the public; it is a company limited by guarantee and is barred by its constitution from conferring any private benefits to any of its members or any other persons. Moreover, it had in the past applied for and been granted a certificate of tax exemption. URA on the other hand argued that because it was not a public school aided by government, it did not fall amongst institutions envisaged under the Act and was therefore not entitled to exempt status. That the exorbitant fees charged was not affordable to a sufficient section of the public and in essence erodes the public character qualification. Also, the school had huge reserves and it failed to show that the surplus money or profit was to be reinvested in the school.

TAT had ruled in favour of URA on the grounds that the high fees were fixed to make profit and that being a privately owned, funded and managed school, the taxpayer could not be an institution of a public character even though it was a company limited by guarantee and did not have a share capital; and even though its Memorandum and Articles of Association clearly stated that the income of the company would solely be for the objects of the company, and that no portion would be paid by way of dividends, bonus or otherwise to by way of profit to members that consisted of parents, guardians, or teachers having children at school at a given time.

Even though URA failed to make a case for what constitutes an educational institution of public character and instead dwelt on what qualifies as a public School and narrowed the definition to only government funded schools leaving out private schools, they had a legitimate argument to deny the taxpayer exempt status on the basis of the accumulated profit reserves. Generally, I am in agreement with the reasoning touching on the meaning of “public character” but I must fault the judge for a per incuriam finding that “…the reserves do not however draw the [taxpayer] out of the ambit of S.2 (bb] of the Income Tax. It is only if the [taxpayer] attempted to put the reserves to something outside the objectives of the company that [URA] would proceed to tax them on that income [by denying them the exempt status]”.

Come let’s Get It Right The First Time!