HomenewsAlerts & InsightsIN THE EXERCISE OF DISCRETIONARY POWERS IN APPLYING THE TAX LAWS, Uganda Revenue Authority MUST BE GOVERNED BY THE RULE OF LAW!

IN THE EXERCISE OF DISCRETIONARY POWERS IN APPLYING THE TAX LAWS, Uganda Revenue Authority MUST BE GOVERNED BY THE RULE OF LAW! 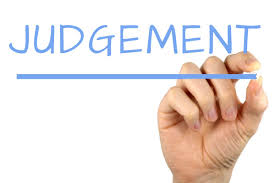 In a very important Judgement of the High Court in Salim Alibhai & Ors Vs URA (MC No.123 of 2020) delivered today 17th August 2020, the Court has asserted that where the principles of natural justice and procedural fairness are not observed by Uganda Revenue Authority (URA) in their administrative actions, a taxpayer is free to seek relief by way of judicial review. The Court has quashed a decision taken by URA to revoke a Private Ruling in respect of the sale of shares by the Applicants to Kansai Plascon EA Proprietary Ltd without according them a right to be heard. Consequently, tax demanded by URA in excess of #192Billion has been declared Null and Void.

This time round I will not analyse the judgement but I will concur with the reasoning of the judge by quoting from the Chapter on LEGAL CONCEPTS IN TAX LAW ADMINISTRATION in my publication “DOMESTIC AND INTERNATIONAL TAXATION IN UGANDA: The Law, Principles and Practices.”[Pages 46-52]

“…Under the tax laws, the Commissioner is bestowed with discretionary power in applying the law. However, the exercise of those powers must seek to strike a balance between the legitimate needs of the revenue authority to finance government expenditure and the equally legitimate rights of taxpayers for that exercise of power to be governed by the rule of law. The most important demand of the Rule of Law is that people in positions of authority should exercise their power within a constraining framework of well-established public and legal norms rather than in an arbitrary, ad hoc, or purely discretionary manner on the basis of their own preferences or ideology.

The rules or principles of natural justice exist to prevent miscarriage of justice. They exist to ensure that decision making is fair and reasonable. The principles govern all spheres of administration and the exercise of state and judicial powers; and must be observed in exercising any power that could affect the rights, interests or legitimate expectations of persons. The right to a fair hearing is enshrined in the Constitution and the rules of natural justice are an important means of checking facts and of identifying major issues that could expose any weaknesses in a decision-making process.

Default in complying with principles of natural justice, if challenged in a court of competent jurisdiction, could lead to a declaration of the decision as being null and void and therefore of no effect. However, depending on the circumstances of each individual case, flexibility in the rules may be justified. In rare cases there may be an overriding public interest to permit the non-compliance with certain natural justice requirements, for example in situations where substantial amounts of tax revenue may be at risk.

Procedural fairness, sometimes referred to as natural justice, generally has two components. First, it requires that a person must have an adequate opportunity to be heard before a decision that directly affects a person’s interest is made. This means that when a decision that impacts a person is going to be made, that person has a right to participate and to know what information is being relied on for a particular decision, including the right to be given a chance to respond to that information. Second, the decision must be made by an independent and impartial decision-maker i.e. the decision- maker should be free from bias.

Now, since the Commissioner General is an administrator whose decision making impacts directly on individual taxpayers on a daily basis, the nature of the powers vested in the Commissioner General by the tax laws and the manner in which those powers affect the rights, interests or legitimate expectations of taxpayers must always be examined to ensure that they are exercised in accordance with the rules of procedural fairness, unless of course the tax laws either expressly or impliedly excludes the operation of this concept. Accordingly, where the principle of procedural fairness has not been observed, a taxpayer is free to seek relief byway of judicial review.